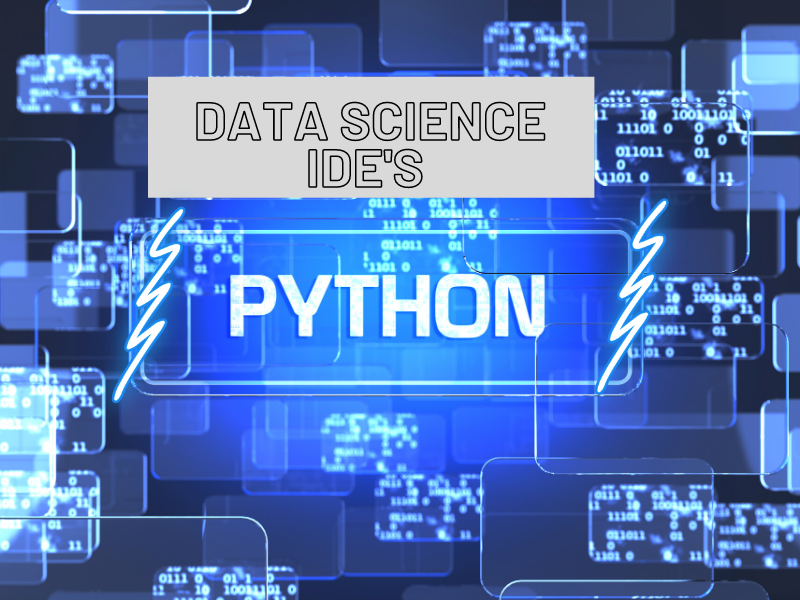 So, which Python IDE is best for data science?

What is the top python IDE for data science and why Python?

Well, python is the programming language of choice for Data Science, Machine Learning and Artificial Intelligence. Apart from this, user-friendliness, simplicity, vast libraries and APIs, compatibility, faster execution and many other features make Python impressive.

Clearly, code editors and IDEs play a very important role in programming. Code editors are used for programming in different languages, but they provide very few features like editing, formatting and syntax highlighting etc. Furthermore, we cannot execute the program in Code editors. In windows, if the program is written in a code editor, a command prompt is needed to run that code. One platform solution for code editors is IDE(Integrated Development Environment).

It should be noted that the best python IDE for data science is somewhat subjective and will depend on your needs, experience level and personality. Above all, carefully consider the advantages and disadvantage of each IDE.

What is an IDE?

First of all, IDE stands for Integrated Development Environment. IDE’s provide a full-fledged development environment for programming, execution, debugging and testing. Without a doubt, it makes a programmers job easier and saves time. Below are some of the features that developers look for in an IDE:

Let’s understand various features like OS support, category, price, pros and cons of some most used python IDEs to figure out the best.

Jupyter is an open-source IDE that is widely used by Data Scientist and Machine Learning Engineers across the globe. Jupyter provides supports for over 40 programming languages,  including Python. Jupyter Notebooks offers easily sharable feature as well as can be downloaded as HTML, Pdf, python, LaTeX, and other custom types.

Furthermore, since Jupyter is a web-based IDE it is easy to run from local or cloud machines. In closing, code formatting, editing and highlighting of syntax is easy with Jupyter. 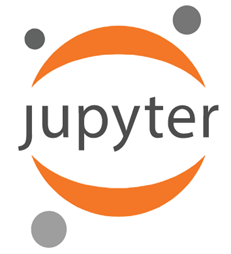 jupyter logo, the best python ide for data science may be jupyter notebook 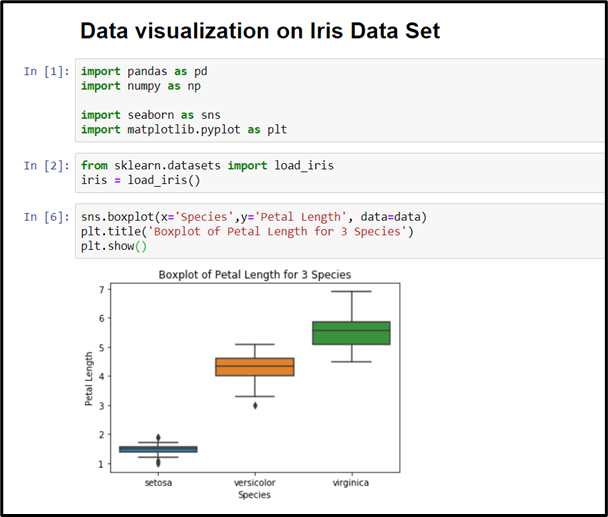 PyCharm is a specialized IDE for Python. In particular, it is designed by programmers for programmers as to make the programmers jobs easier. In addition, it provides all the needed tools and a productive environment for Data Scientists.

Furthermore, it provides formatting, editing, compilation and debugging features. Lastly, custom plugins can be created using PyCharm’s API and it has both free and full-featured paid versions. 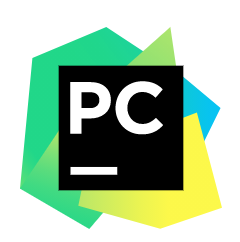 pycharm ide, possibly the best python ide for data science if you are a beginner. 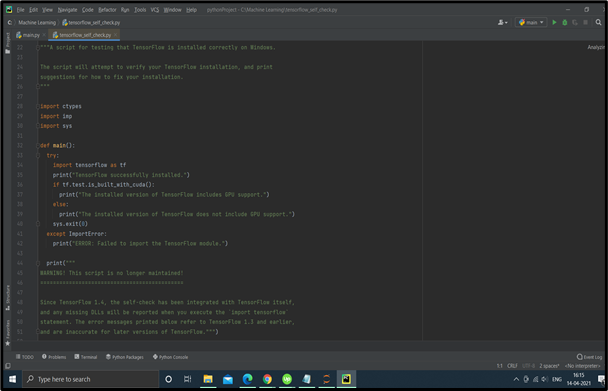 IDE pycharm screenshot, possibly the best python ide for data science if you are a beginner.

spyder ide logo, might not be the best python ide for data science for new users who want to get going quickly. 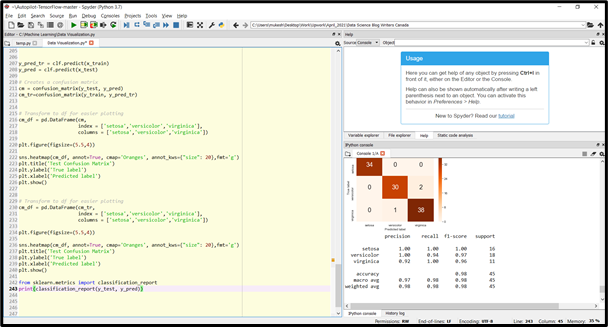 spyder ide screenshot, might not be the best python ide for data science for new users who want to get going quickly.

Visual Studio Code makes it easier to work with Git and other SCM providers. Additionally, it offers an option to install extensions to add new languages, themes, debuggers, and additional services.

visual studio logo, top python ide for data science in terms of having premium features that are free.

visual studio screenshot, top python ide for data science in terms of having premium features that are free.

Atom is a cross-platform code editor developed by GitHub. It supports approx. 34 programming language including Python, HTML and Java. Additionally, it is an open-source code editor which offers a fast, smart and flexible code autocomplete feature.

Furthermore, its interface can be split into multiple panes to compare and edit code across files. Additionally, it it pre-installed with four different user interfaces and eight syntax themes in various dark and light colors. Finally, Atom offers over 8000 features and user experience-extending packages which are customizable. 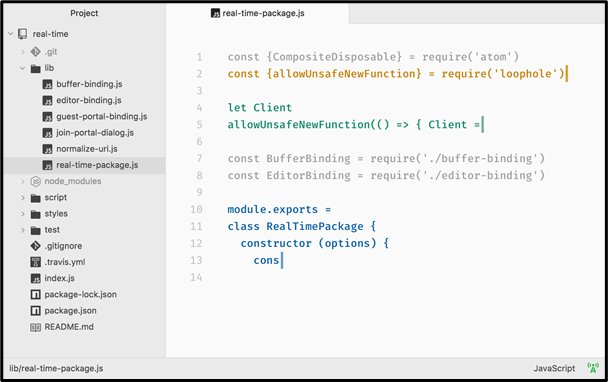 Eclipse is one of the top IDEs available and is primarily developed for Java programming. Over time Eclipse has added support to allow for additional programming languages, including Python. PyDev is a Python IDE for Eclipse, which is used for Python development by Data Scientists and Machine Learning Engineers.

Pydev can be installed as a plugin in an existing Eclipse installation or as a stand-alone install as LiClipse. Apart from an interactive console, it offers many goodies such as code analysis, syntax highlighting, remote debugging and auto-completion of code using auto-import. 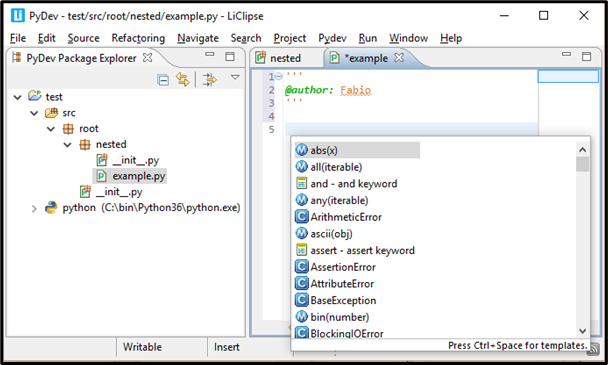 PyDev IDE screenshot, not the best python ide for data science for new users because of the complex user interface.

IDLE is Integrated Development and Learning Environment. It is a default IDE bundled with Python for more than 20 years. Apart from this, it is a cross-platform IDE and offers a basic set of IDE features that keep it light-weighted. Finally, it is a python shell window that offers colorized input, output code and colored error messages.

IDLE ide logo, this is the default ide that comes with Python. 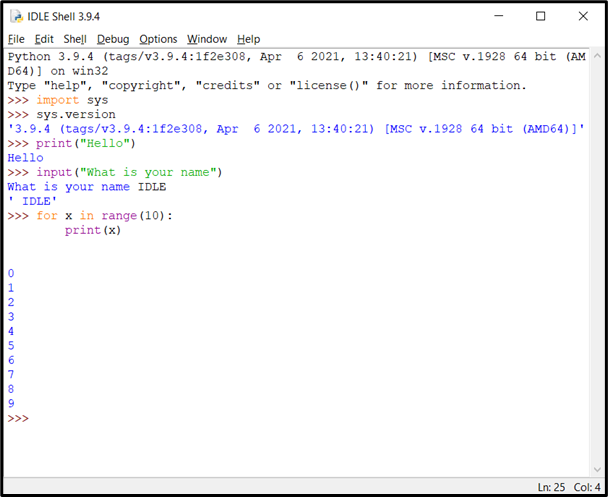 Summary – How to Choose the Best Python IDE for Data Science?

Ultimately, only you can decide which IDE suits you. Some basic recommendations will help you choose the IDE that works best for you:

Above all, choose your IDE wisely. Without a doubt, your enthusiasm may wane if you pick the wrong one.

With our elaborate comparison of these widely used IDE’s, you should be able to choose the perfect IDE for yourself.

Nidhi is a Data Scientist in both Python and R. She has been working on various machine learning algorithms for about 3 years. Worked on Natural Language Processing(BOW, TF-IDF, W2Vec, Glove Embeddings), LSTMs and various Computer Vision techniques in Python like Faster R-CNN, Mask-RCNN.